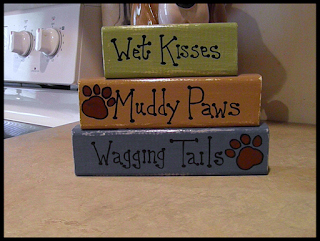 In last week's recap, I mentioned that Lisa was diagnosed with round two of Lyme Disease. Less than a year ago, she was diagnosed for the first time. She had been bitten on the head. This time around, the same thing. A bite on the head less than an inch away from last year's bite. The Wednesday before our backyard anniversary party, Lisa made an emergency visit to her doctor. She recognized the symptoms. They took blood to do the tests and began her on the same regimen of medications she was on last year.

On Monday, Lisa got a call from her doctor. The tests came back positive for Lyme Disease. There was also another surprise. Lisa tested positive for Mono. We were both shocked. The only symptoms Lisa had was sore muscles and joints and extreme fatigue. Those are the same symptoms of Lyme Disease.

While the symptoms of both were identical, it explained a lot. Lisa's energy level over the past couple of weeks has been low. Doing the simplest of tasks wore her out. At one point, she said, "I feel like I haven't slept in days and I've done vigorous exercise day after day."

This week, she was out of work for two days. Thankfully, next week she's on vacation. We didn't have many plans, but what little plans we did have, we canceled. She's not able to be out in the sun and heat, strenuous activity is a big no-no, and she needs to rest.

We're not disappointed. Lisa is excited to simply be at home, with our fur-kids, and having lots of extra play and snuggle time with them. While she's doing that, I'll be catching up on work stuff, updating both of the blogs, and tackling my to-do list. It'll be nice to get some uninterrupted work time while Lisa is home.

I did tell her that we are going to do one spontaneous thing a day. Nothing big. We very seldom get to embrace the fine art of spontaneity because of work schedules, biscuit love, DIY Dog Mom Projects, errands, chores, etc. And, because of all of that, we don't get many chances to venture out just the two of us.

I already have a few things up my sleeve. I'd like to take Lisa out to buy some new jeans and a lunch bag. And, I want to buy her a new power tool and some supplies for the woodshop she's putting together in the basement. I'm also thinking a night of fried seafood and several games of cards would be great. Ice cream for dinner one evening. We'd like to have a couple of close friends over for dinner. And, towards the end of the week, on Saturday, we'll celebrate her birthday with lobsters!

I'm looking forward to this coming week all the way around. But, first and foremost, lots of rest so she can heal.

There's lots more going on in Our Bodacious Dog Mom Life. Check out the columns I recently published.

Run Toward What Scares You

Protect Your Pup's Paws From Hot Pavement & Other Surfaces

How To Make A DIY Dog First Aid Kit

13 Things To Consider Before Getting A Dog

Nothing Good Ever Comes Out Of Trying To Satisfy The Masses

A Few Things To Consider When Hosting A Pup Party