We're Still In The Process Of Catching Up This Week 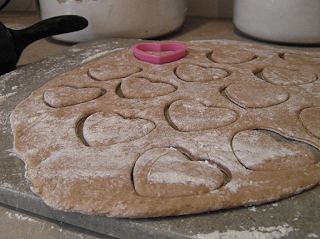 Last week was a difficult week for so many reasons. I even went so far as to publish a post about it on the Our Bodacious Dog Mom Life blog. Nothing particular happened that was earth shattering. It was just a challenging week loaded with sleep deprivation, nothing going as planned, Mother Nature doling out a blizzard, and later than usual work hours. Despite all, we got through it, baked biscuit love before the blizzard, and managed to send out a couple of Bodacious Quilt and Care Packages. 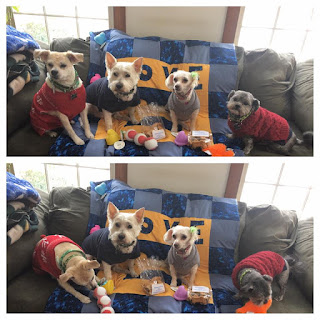 Mother Nature's decision to unleash her fury, in the form of a blizzard early last week, delayed our trip to the post office. I spent the day before baking biscuit love while Lisa worked late. By that evening, and once most of Connecticut was under a blizzard warning, we were put on a travel ban. That's when Lisa's place of employment decided to close the day of the storm. 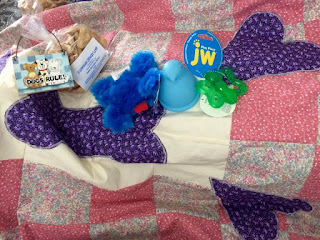 Once everything was back on schedule, there were a lot of happy pups enjoying their new patchwork doggy quilts, biscuit love, and other goodies.

This week, we're catching up with more Bodacious Biscuit Love Care Packages to be sent, whipping up a new homemade dog treat recipe, and making another Bodacious Patchwork Doggy Quilt or two.

It's a new week and, as they say, face forward, onward march.