We Are Making More Changes. It's All About Evolution. 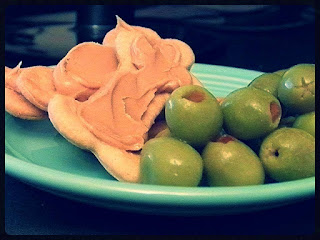 As of late, I have been embracing and focusing on the word "evolution." By definition, the term evolution simply means growth, development and, pieced together, it's a "gradual, peaceful, and progressive change or development." Bodacious Biscuit Love is nearing its 3 year anniversary. It's been quite the journey and, despite the myriad of learning experiences, we've loved every minute of it. Through trial and error, we've lived and learned. Periodically, along the way, we've made changes, both big and small, to accommodate that.

Evolution is a continuous thing. Whether it's daily, weekly, monthly or yearly, any adventure, mission or journey is accompanied with learning experiences that help you to grow, shape, improve and refocus. We're no exception. When we launched Bodacious Biscuit Love back in October of 2013, it was much different than it is today. The same holds true when I reflect back on where we were a year ago...even six months ago.

Even though all of the above is good and necessary for growth, strength and focus, at times, what inspires change can be uncomfortable. Sometimes, it teeters on being exceptionally frustrating, stressful and maddening. On the flip side, the inspiration stems from great stuff too. However, regardless of the source and the level of comfort, or lack of, evolution is inevitable and necessary. It happens every single day in our every day life whether it's technology or science or medical and everything between.

Often times, as with the inspiration behind Bodacious Biscuit Love, big things and great ideas often start with a single spark or tiny moment that catches our attention. For us, we've had quite a few of those over the years. It's difficult for me to distinguish which tiny spark ignited this recent awareness , but if I had to reflect on one of those, it would be this...

Several months ago,  we learned that a few people from our Bodacious Community were struggling financially.

We've all experienced those times. Maybe hours were cut at work or someone in the household fell sick.

Money was tight for about a month in these various households. During those weeks, we baked lots of extra biscuits and handed 'em out.

"I didn't order these. I don't have the money to pay for them."

"I was too embarrassed to ask if you could donate biscuits to us for a few weeks."

"I'll pay for these as soon as we get caught up on our bills."

It was then I realized that we needed to make some changes. Our mission had become too scattered, disorganized, and spread out.

Over and over we put their minds at ease.

"We don't want money for the biscuits."

"Please don't hesitate to ask. That's what we do."

"Don't worry about paying for them. Catch up on your bills."

Little by little, we became aware that people, right here in our community, were struggling and, sadly, were too embarrassed to reach out to us.

Meanwhile, as we were donating bags o' biscuit love, several people reached out asking why we weren't posting photos of biscuits, boxes of biscuits, or baskets of biscuits for this group, that group, this person, that person, etc.

Although we weren't posting photos, we were still baking and spreading the biscuit love. We simply weren't broadcasting to who and why. We respect confidentiality and discretion.

As this awareness hit us like a wrecking ball, we took a good look at the big picture. The big picture involved this and so much more.

It's "this' and the "so much more" that we've been talking about.

This is where evolution takes the spotlight.

We are making some changes in the weeks ahead.

It's nothing bad. Not at all.

We'll have more details in the days ahead.