Scammers Will Stop At Nothing 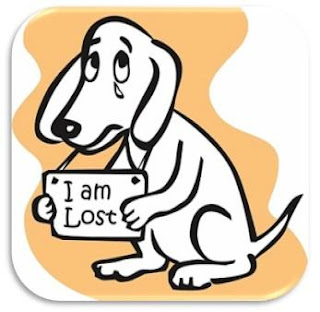 It doesn't surprise us. In this day and age, scammers will stop at nothing to make a quick buck. They'll seep through the woodwork even when it involves a missing pet. They don't care that the pet parents are heartbroken, worried and stressed. In fact, this is what motivates them.

Our friends over at the Wolcott Dog Pound shared a story on their wall earlier this week. While it's something all pet parents need to keep in mind, it saddened us that it happened.

Then the conversation took a turn .... The man then stated to "N", "If you come pick me up I'll show you exactly where I saw him." When "N" replied to him "NO" he then asked her if there was any money involved with finding the dog.  Again "N" replied "NO". The man again pressed "N" asking about money, again "N" responded "NO".

Then the man stated that he may have seen "B" in a general area not giving specifics !!!! "N" did thank the man and hung up and contacted me immediately.

The reason I am putting this out there is to make people aware that they need to be careful. People will prey on other people in times of desperation. They will pull your every last heart string and take advantage of you. Please do not fall for these type of scams !!!!!!

When your pet goes missing, there's always a contact number on the signs made to manually post around town or on social media. Anyone can call. Anyone can claim they've seen your pet or they have your pet in custody. While your first instinct might be to immediately follow the lead or visit an address, don't. Always make sure to contact your local Animal Control Officer or law enforcement first.

Thank you to the awesome people at the Wolcott Dog Pound for sharing this story.
Posted by Lisa and Lisa at 12:37 PM