A Beautiful And Inspiring Ending To An Exhausting Day 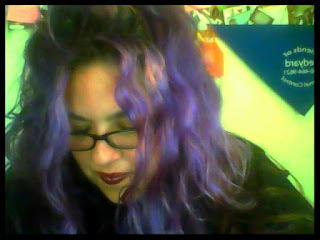 On the way home from our event on Saturday, we stopped at a friend's house. Her daughter was having a party and had requested our presence. In the weeks prior, our friend had informed us what kind of party it was and why it was taking place. However, amid the chaos of a busy week, working our table at the event and the hour and a half one-way commute, it had slipped my mind. Our friend's daughter is graduating high-school. So, this was a themed graduation party, right?

Less than 5 minutes after arriving, it finally clicked. No, Lisa, it's not a graduation party. Remember the conversation last week? I motioned to our friend's daughter. She stood with us for a bit and explained in-depth about the party, those attending, the history of the group, etc. We were nothing short of impressed. So much so that we let go of our original plan to only stop by for a quick hello before heading home. I immediately volunteered to take photos. Lisa made a trip home to feed the fur-kids and take 'em outside for a bit. She arrived back at the party about an hour later to join in on the festivities.

Our friend's daughter coordinated and led the Gay-Straight Alliance group. I'm using past tense as that night she passed the throne. There were about 40-50 high school kids attending the party. The theme was Hawaiian Luau. The kids were dressed in brightly colored clothes, leis around their necks, flowers in their hair, Hawaiian shirts, etc. A Tiki display had been built for the evening's fare of pizza, munchies, fruit salad and beverages. The bonfire burned brightly.

I'll admit, it took me about a half hour to unwind and shift from Bodacious Biscuit Love mode to being surrounded by a copious amount of animated high school kids. After an adult beverage, I grabbed my camera and made my way to the backyard to snap some candid photos. From behind the lens, I watched these individuals interact, laugh, exchange banter, etc.

Something was happening. I put my camera down. Eyes peeled. Ears opened. What unfolded in front of me was quite remarkable. This group of high school kids was quite diverse. Gay. Straight. Various ethnic backgrounds and cultures. Thin. Curvy. Male. Female. Tall. Short. Blue hair. Short hair. Long hair. Flamboyant. Conservative. Flirtatious. Animated. All walks of life. And, you know what? None of that mattered. The sense of unity amid these individuals was memorizing.

After taking dozens of candid photos, I watched the scene with my naked eye. I'll admit, I went back in time.

My middle and high school years were tumultuous. I never quite fit in. Back then, and we're talking well over 2 decades ago, there were well-defined groups. Jocks. Punks. Geeks. Those who smoked cigarettes three feet from the boundaries of school grounds. I tested the waters to a few groups, but never quite made it.

I was artistic. I wrote poetry that was deemed "well beyond my years" by my advanced English teachers. Home life was dysfunctional. Weekends were spent on the floor in my tiny walk-in closet (by choice). Reading. My grammy worked at a publishing company. Books were plentiful. If I wasn't reading, I was writing, drawing, painting, baking, and creating things.

There wasn't a group for any of that.

In 8th and 9th grade, I did try my hand at sports. Track and softball. I couldn't run worth shit, but I could lunge the javelin and shot-put rather well. Softball teetered on being a joke. I farted while doing sit-ups and was the only one who found humor in that. But, I could throw a ball from center field to home with no problem and hit a ball to the home run mark.

At the ripe age of turning 14, I just knew. White knuckling the facade of "liking boys" became tedious and exhausting. I had crushes on a few females. In addition, I wanted the Cyndi Lauper haircut. Pink hair. Blue hair. I wanted to wear leg warmers and dress like the 80's version of Madonna. I embraced all things unconventional.

Sadly, the world wasn't ready for that yet. And, my parents frowned on it.

I was the outcast. There were no groups like the Gay-Straight Alliance. Not yet. I was taught to conform. Fit the mold. Do whatever it takes to be accepted. Become what the world wants. Be thin. Be pretty. Walk the walk and talk the talk. Any desires to enter the world of artistry was "just a phase." That wasn't a "real career." Go to college. Get married. Have kids. Buy a house. Put up the white picket fence.

I vividly remember getting an envelope in the mail a few years ago. My first high school reunion. I was invited. This came as a surprise, however, I was less than excited. I had relocated during my junior year. As I read the invite and kept up with who was going (via a Facebook group), something didn't sit right. Those attending correlated with the faces amid the favorable "groups" years ago in high school. The jocks. Cheerleaders. The ones the teachers doted on. The girls who sported the Tretorn sneakers and Guess bags. The ones who hosted, and always got invited to, parties.

And, sadly, the ones who some would have done almost anything to get a smidgen of attention from.

I sat with all of this for a while. Looked at the big picture. Tickets were pricey. Given the location of the event, and growing up in the area, I knew there were other less expensive options. Maybe a beach or state park area. Potluck style. Fire up the grills. Come as you are. I also noticed "certain people" hadn't been invited. I reached out to these individuals. My suspicions were correct. They hadn't received an invite.

In a nutshell, I realized early on, the coordinators and most of who had committed to attending, hadn't changed much. Their tight-knit and long-standing camaraderie was nothing short of obvious. The only thing that had altered was how they went about excluding people. They were more nonchalant about it and had perfected their smoke and mirrors charade.

One I could see easily through.

This, and many other tidbits of memories passed through my brain that night as I watched this group of high school kids. The ones who were often excluded. Picked on. Ridiculed. Not invited to parties. I felt a sense of relief and positive energy surrounding what was happening in front of me. These kids had a place to go. A place to just be. Their presence was wanted and needed. They belonged. It was an example of how things should be.

I learned quite a bit in the few hours we spent there. It's okay to just be. To live. Breathe. Exactly as we are. To let loose and enjoy the moment without fear of judgment or ridicule. Laugh. Joke. Break the mold and run far, far away from that. To be comfortable in our own skin. Body love. Self-love. Or, if one so chooses, to just sit and take it all in.

A part of me felt a little sad. While the rest of the student body was busy shunning, trying to impress, maintaining their status quo and competing for the ringleader, they were missing out on something remarkable. The scene before me. Surrounding me. These. Kids. In all of their greatness. They all had impressive stories and talents and skills. Something mighty and great to offer this world we reside in.

As the night came to a close, and we bid our farewells, I could feel the exhaustion set in. No regrets. It was an honor to be included. An evening I will never forget. And, as I uploaded over 90 photos late that night, I sported a grin from ear to ear.

To all of the "hoomans" who attended the party that evening, keep doing what you're doing. Don't ever let the pressure of conforming get the best of you. The world could learn a lot from Y'all. May your sparkle never dull.