The Bridges I Burn Will Light The Way 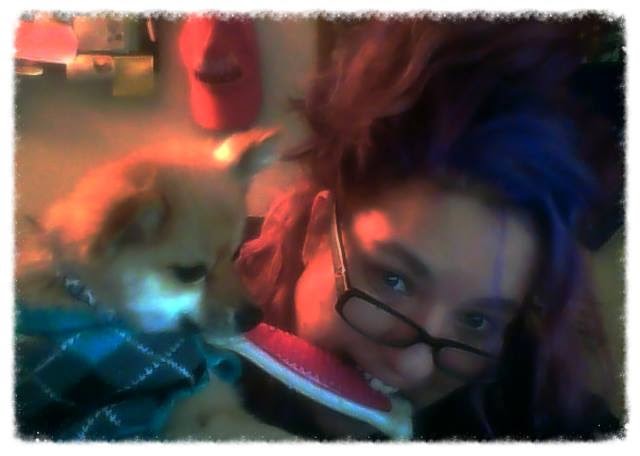 They say a situation can't be seen in its entirety until you've distanced or removed yourself from it. Epiphanies surface gradually and finally, one day, it's right there in front of you in all of its modest grandeur. Reactions vary. They're all over the charts. Some stand in silence. In awe. Others may fall to their knees. Of course, there are those who are quite vocal. There is no right or wrong when it comes to seeing "the big picture" for the first time.

Mine took about a year. I was foolish to think I had stumbled upon my epiphany last May. I had only just begun the journey of transformation. Shifted. Started the process. Bits and pieces of the big picture. appeared. Not quite enough to put it all together. However, I was well on my way.

It took me a year to realize a sudden change, or shift in focus, does not instantly materialize into a complete state of evolution. Last year, right around this time, I made some changes. This resulted after much deliberation. Lisa and I both wanted to pursue what we were passionate about. Bodacious Biscuit Love. Foster. Rescue. Spending time at local shelters. At the time, I was working over 100 hours a week in the corporate startup world. If we wanted to dive in with gusto and dedicate more time to our mission, we needed to make some changes.

That's exactly what happened. I cut my hours, shifted focus and put nearly a decade of my career skills towards the greater good. Our mission.

I'm not going to recap all that's happened in the past year, our accomplishments, the amount of events we've attended, the hours we've spent at shelters, the success of the fundraisers we've launched, etc. Most of that is posted right here on our blog site.

I'd say "all of it is posted" but I have some serious catching up to do.

As I made these changes and shifted focus, what I didn't see then, but I certainly do now, is I kept the door to my old world slightly ajar. I offered my services to old colleagues and those who had once praised my work. Occasionally, I was called upon to look over a template, logo or startup pitch. Without hesitation, I dropped what I was doing to accommodate these requests.

I also found myself liking the statuses of old colleagues as well as owners and the president of previous companies I had worked for. I'd like their pages, retweet their tweets, comment on statuses that blatantly highlighted their new found prestige, startup, investment or photos of their $130,000 toys purchased from bloated profits made.

With slight embarrassment, I'll admit, keeping the door opened as such was my rendition of jumping up and down, hand raised, yelling, "Don't forget about me..."

Yes, there was a deep seeded avidity. I didn't want the many years of the hardest work I've ever done (up until that point), the long hours, dedication, and commitment to be forgotten. By keeping the door opened and being called upon occasionally, strung along, and acknowledged, all of that was validated. If I were to shut the door, what then? Almost a decade lost? Who was going to validate all that I had accomplished? Achieved. Worked hard for? The hundreds of columns I had written? Etc...

But then...something changed. Clicked. Maybe the universe shifted a bit. Things happened. Little stuff. Some big. And, earlier this year, I reconnected with an old friend. As we chatted, I could feel something in my gut brewing. Bubbling. Burning.

I was pissed off. Disgusted. As I stepped back and processed what was going on, engaged in deeper conversations with my old friend, more stuff came up. Questions. Answers. I was in a state of lucidity. The big picture wasn't as blurry.

Finally, I was asked the question of all questions, "How have they supported your new venture? Have they even acknowledged it?"

We both knew the answer. They haven't and no. In my mind, that wasn't enough. I had to confirm what I already knew. I spent over an hour checking my social media streams. No likes. No retweets. No show of support, emails or messages. No comments. Nothing from them.

At that point I put a stop to liking, retweeting, expressing interest in, and supporting their new ventures, trips, seminars, promotions, etc. At first, I felt childish. I was the kindergartner stomping my foot and saying, "If you don't like me, I'm not going to like you." I shook that notion off. It wasn't like that. We're all adults. Professionals. There was a sense of kindred spirits. Over the years we had all tried our hand at this or that before discovering what our passions were and heading in various directions. But, that wasn't supposed to diminish our camaraderie. New adventures should be met with encouragement, support, and maybe a few words of wisdom. We should be lifting each other up. But, that wasn't happening. There was no reciprocation.

The process of shutting the door began. I'll admit, there was a gap between going about this with confidence and...well, not so much. It was the intermediate space between what I had been doing and what I should be doing. I stood there for a while. Weeks. I had known these people for many years. I had traveled hundreds of miles for business trips and spent time with most of these people. We ate together. Drank together. Spent endless hours in meetings. Attended team building activities. Etc. At one time we stood on mutual ground. Friendships formed. Late night phone calls. I had, and still have, a connection with them to some degree.

On the flip side, where are they now? Figuratively speaking, I know where they are and, to some degree, what they're doing (I can thank social media for that), however, where are they?

It takes 2 minutes to make a profound impact via text or email. You know, "Hey, how are you? I've kept an eye on what you're doing as of late and hey, great job!" Or, "It's been a long time since I've reached out. Just wanted to let you know I'm proud of you for applying your talent to something you're truly passionate about." Two. Fucking. Minutes.

While lingering in the proverbial gap, another "old friend" reached out. We chatted a couple of times on the phone. It had been many months since we had spoken.  Over a year. Life had gotten busy. We're polar opposites. Our lifestyles are like night and day. Yet, we had a unique connection. Once the conversation ended, I knew.

The last of many questions that had been lingering and jabbing my brain were finally answered. What's funny (or maybe not) is I didn't ask a single question. It wasn't like I had a list of questions. Most of what I wanted to know began with the word, "Why..."  I shunned the urge to ask. Instead, I played the game. Walked the walk. Talked the talk. Mysteries solved all the way around.

And if that wasn't enough, we chatted once more, about a week later, and a few days later, I threw in a curve ball. I directly asked for a little support. Message sent. Message read. No response.

Over the course of the past week, I've knelt in front of my big picture. My epiphany. The gap is no longer there. The door is on the verge of closing. Click. Shut. Behind me. I no longer want to be a part of that world. My choice. This decision does not in any way reflect my ability, stamina and determination to continue doing what I've been doing for the past almost-decade. I'm simply choosing to apply it elsewhere. In my world. Not theirs.

And that extends to the work I continue to do for a couple of clients. My world. No hidden motives or agenda. I work. You pay me.

I no longer crave the rat race. Deceit. Corporate ladder. Prestige. The dire need to be noticed and praised. I don't want to mingle and twirl around in a world where people extend generosity for the sole purpose of their deed being publicized or noticed by the right people. And I certainly don't want to walk the same ground as those who feel my mission is beneath them or too trivial to share, like, retweet or comment on.

We bake dog biscuits in our kitchen for local shelter and rescue pups. I sew Bodacious Love Bands to assist with accidents and incontinence for senior and special needs dogs. We foster. We volunteer our time at animal shelters. In the last week alone, while fostering four orphaned kittens, I've been pooped on, bathed kittens covered in poop, the front of my shirt has been decorated with dried formula and "kitten food mash" and my hands are covered in scratches. We have 3 amazing fur-kids, all rescue, who, at one time, lived in nightmare situations. Etc.

It's not glamorous, Old World. None of it is. I'm not going to win awards or be invited to an elite 3-day conference accompanied with luxury amenities.

What I can say is, this is our passion. Our purpose. Our mission. I'm proud of that. Damn proud. The people in my world, now, are wonderful and doing some rather amazing stuff. None of us are rich. We don't drive fancy cars. And the motto, "big hearts, empty wallets" holds an abundance of truth. Yet, we keep at it. Day after day after day. We make it work. We pull through. For the animals. For each other. Whether it's with donations, a tin of kitten formula, blankets, moral support, or our time...we make it happen. The bonds are tight. The foundations are strong.

My old world peeps could learn a lot from the people in my world.

If this decision burns bridges, than I will use the flames to light the way. Face forward. Onward march. There is no going back. It's bittersweet. I've traveled. Made memories. Gained a tremendous amount of experience. Learned more than I ever could sitting in a classroom. However, click...shut. Goodbye old world. Goodbye old people. I bid thee farewell.

And, for a select few, my farewell will be accompanied with my middle finger extended.