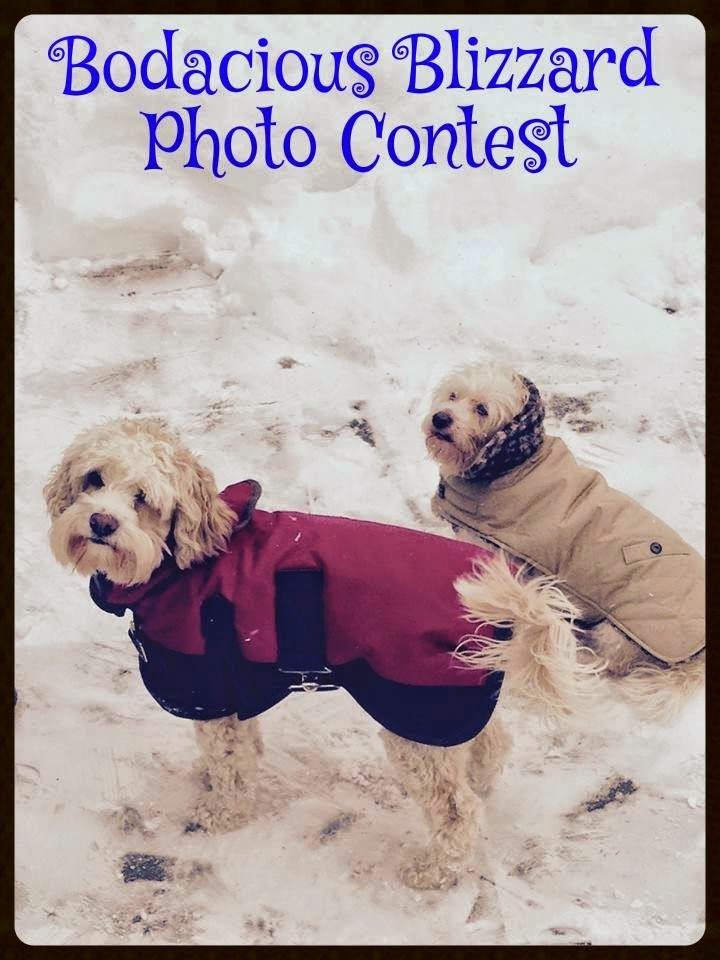 The blizzard of 2015 has come and gone. Mother Nature dumped slightly over 2 feet of snow in our neck of the woods. That's enough for me. Some areas saw more. Some less. Both Lisa and I have lived through worse storms. But, snow is snow. And, we're both ready for spring.

Despite the daunting amount of snow, non-stop shoveling, being snowed in for a day and a half and the continuous rants about the meteorologists making more of this storm than what it delivered...there was a happy zone that we embraced. Can you take a guess at what that was? If you said, "Photos of the dogs enjoying the snow," well, you guessed correctly. We have seen dozens of photos. Dogs out in the snow, dressed in winter apparel or simply just enjoying the snow from indoors.

This. Has. Inspired. Us.

What better way to commemorate the Blizzard of 2015 than a Bodacious Blizzard Photo Contest!?! Today through January 29th, post a photo on our Bodacious Biscuit Love Facebook Page, or private message/email us, of your pup/s enjoying the snow. Whether your pup is outside playing in the snow, watching the blizzard from indoors, enjoying a snow day or getting bundled up before heading outdoors, ENTER the contest.

At the end of the day on Thursday, January 29th, we'll put together a photo album of all the submissions. You'll get 2 days (January 30-31) to vote for your favorite photos. On Sunday, February 1st, the photo with the most votes ("likes") will win a Bodacious Box O' Biscuits!