This Almost Didn't Happen On Sunday... 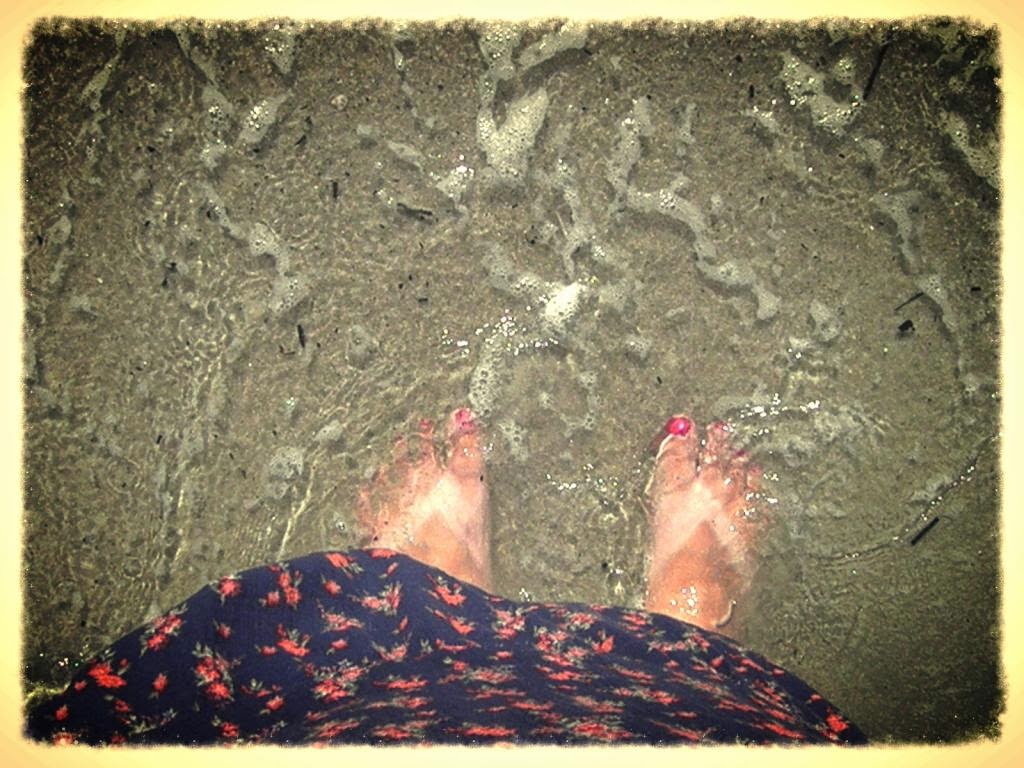 For about a week and a half prior to Sunday, we planned an us weekend. It's not something we do often. It only happens about 3 or 4 times a year. My wife and I don't take vacations. Between work schedules, Bodacious Biscuit Love and having 2 furkids who we'd never in a million years leave behind to take off for a week...it's just not happening. That's just how it is. Instead, we set aside a weekend every now and then. We shut the world out. Unplug. No work. Nada.

Saturday we planned an at home "dinner and a movie" night. We made a fabulous dinner and hunkered down for the evening. Our plans for Sunday...the ocean. Sunday morning we got up, had coffee and sat on the porch for a bit.

"If you don't want to go to the beach, that's fine. There's other stuff to do."

"It doesn't matter to me. What do you really want to do?"

"We could take a scenic drive."

After a long pause and several more sips of coffee...

"No. We're going to the ocean. We've been wanting to go all summer and never made it. Let's just do it"

We both agreed. The ocean it was. Within an hour we were on the road, fresh coffees in hand and a picnic in tow. And a yellow, plastic pail. Couldn't. Forget. The. Pail.

Although I prefer going to the beach during the summer months, off season has its benefits. They don't rake the beach area, parking & admission is free, we're not wedged in like canned sardines and there are lots of pups. People are more apt to take their pups to the beaches during off season and I like that.

The weather on Sunday was gorgeous! I knotted my long skirt and took the flip flops off. I made sure to get my feet-in-the-sand-selfie. We marveled at the people bundled up in jeans and hoodies. It wasn't that cold. I sometimes think people bundle up this time of year out of habit.

It's October. The leaves are at peak foliage. Pumpkin spice is dominating the nation. Although it's warm, people are going to bundle up because that's what people do in October. Long pants. Hoodies. Sneakers. Ugh.

By the end of the afternoon, after a scrumptious picnic lunch of peanut butter and jelly sandwiches (Lisa) and a soggy vegan chick'n sandwich (me), we bid our farewell to the beach until next year.

Then...we drove to the apple orchard for apples and cider. Because that's what people do in October.