The Long-Haired Geeky Gal Tells All 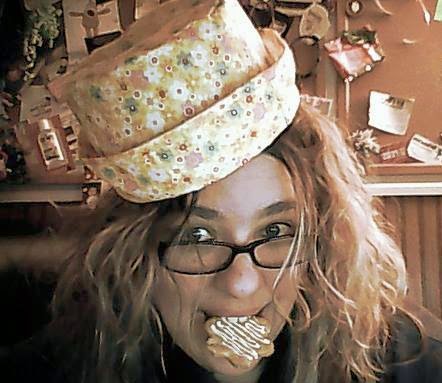 Call it evolution. Transformation. Change. Growth. It all happened last month. Although Bodacious Biscuit Love has been a continuous learning experience, last month...it all came to a head. After much deliberation, a monumental decision was made. I use the term "monumental" because if you know me personally, this decision may come as a shock.

To back up a bit, my career in the social media & marketing world began almost 10 years ago (18 if you count Old School marketing) when I was asked to take part in a news segment for a deal/coupon site. In short, the local news team scheduled a time to visit my house, setup, interview me and whatever else they needed to do. My emotions were a melting pot of fear, excitement and intimidation. Regardless, being asked to do this was a big deal. The entire interview lasted a little over 2 hours and the following week it was aired.

In the months to follow, I was hired as a contractor for this site. That was no easy feat. I had to prove myself and learn everything I could in a very short period of time. Nothing was handed to me and it didn't matter who I knew...my contractor position had to be earned. During the day I ran a home daycare/preschool and in the evening, on the overnight and on the weekends, I worked my butt off posting deals, coupons and actively engaging on the site.

Down the road this site was purchased by Media General and I became a full time employee. This is when my career in this field became solid. I worked hard, faced challenges in the social media & marketing world, put in about 80 hours a week, took on various projects, and achieved success in other areas that included editorial, content management, customer relations, blogging, SEO, and email marketing. Although exhausting and, at times, extremely stressful, I was certain this was the path I wanted to stay on. I was slowly making a name for myself.

Shortly before my 5 year anniversary with the company, I resigned to embark on new adventures and opportunities. Since then, I have worked for various other companies and startups. On the side I freelance, offer social media and marketing solutions, had well over 100 columns published and have been featured in several online magazines. I've earned a decent reputation and made a good name for myself. All this after 8 years in this field.

(Please don't think I'm tootin' my own horn. I am very humble in nature. I'm sharing these tidbits of background information because it's vital in understanding why upcoming changes are kind of a big deal.)

To some, all of that may sound like high-paying, glorified work. However, there's a flip side that very few people speak or are aware of. The hours are long. Most weeks I was at my desk close to 100 hours. I was on salary. When you work that many hours and calculate what you're actually making per hour...it's grim. I didn't (and still don't) take days off and enjoying a week-long vacation is nearly impossible. I've missed out on a lot of outings, events, functions and fun stuff. At times, my stress level has induced bouts of severe headaches and stomach upset...not to mention a few rides on the emotional roller coaster. Sleep deprivation was constant. Exhaustion became a part of my personality rather than an occasional "thing." The list goes on, but you get the gist of it.

Despite all, I kept trekking along. Deadlines were met. Projects were completed. I conquered spurts of writers block. Etc. I remember sitting at my desk more than once in tears because there was a deadline first thing in the morning and I was beyond tired. A few times I wanted to throw in the flag. However, I didn't. Why?

Because I told myself that it all was for the greater good. Day after day after day I would say that out loud or repeat it several times in my head. This. Is. All. For. The. Greater. Good. I had exceeded in these various fields and someday, in the near future, it would pay off. I would use every bit of experience and knowledge from the past 8 years and turn it into something great. I would build my own enterprise and rake in a 6 figure income. I would have people working for ME.

When Bodacious Biscuit Love officially launched in January, we had no idea it was going to take off so quickly. It just happened with very little effort. We baked biscuits, shipped, delivered to local shelters, and started a Bodacious Biscuit Love Facebook page. I've always said word of mouth is everything and in this case, it spread like wildfire. It wasn't long until we were baking around the clock, shipping boxes to local shelters everyday and making deliveries several times a week. Our community grew almost overnight.

By March it became obvious that we were at our limit. I was still working over 80 hours a week and running back and forth from the office to the kitchen. Lisa was shipping, making deliveries and picking up supplies after work. We were maxed out. We wanted to create a blog site, deliver and ship to more shelter, foster and rescue pups...but there are only 24 hours in a day. It was non-stop for about 20 of those hours. The rest...sleep was needed.

Last month, after visiting various shelters, foster & rescue homes and spending a copious amount of time with the pups, something happened. I changed. The universe shifted a bit. Each time I stood in a single spot or squatted down, there would be several shelter babies at my feet, looking up, wagging their tail in anticipation for fresh baked treats...it's not something I can put into words. It didn't take long for my priorities to increasingly shift and focus on how we could spread the biscuit love to more pups rather than capitalizing on untouched markets or writing an award winning column that would go viral.

Whatever it was causing this sudden transformation...I let it happen. I didn't fight it. We baked, shipped and delivered more biscuits. Our Facebook page grew. People started reaching out to us and our connections propagated far and wide. New opportunities surfaced, we started receiving letters, photos, emails, etc.

Back to last month...

I sat back in my chair one day and that's when it happened. My epiphany. Or, more realistically, my "duh" moment. There it was...right in front of my face. All this time, even in the months prior to launching, we had created a foundation and eventually an enterprise...Bodacious Biscuit Love. Everything that I've learned in these 8 years and every ounce of experience had been applied to laying down the foundation, construction and the final product...our enterprise. In addition, I pulled in my 30 years of baking experience and between Lisa and I, we have over 2 decades of management experience under our belt. We utilized all of that as well. More importantly, I realized this IS the greater good. This. Is. It. We were there.

Bodacious Biscuit Love isn't one that will financially benefit us as every penny earned is used for supplies, ingredients and to cover shipping costs. More than likely, we'll always be running a little out-of-pocket. However, the more donations we receive, fundraisers we host and events we attend, the more we can expand the biscuit love. That's what it's all about.

As all of this manifested, it became clear that a few changes needed to take place in order to expand. There are SO many shelter, foster and rescue pups. Our mission is to spread more biscuit love. In order for that to happen, a good chunk of time needed to be freed up.

The decision was made...

As of June 1st, I'm greatly reducing my workload. Yes, there are a lot of sacrifices being made for this however, it's a choice that we've made. The six months we've already put into Bodacious Biscuit Love has changed the both of us. No explanation needed. A lot of people in our circle, especially those involved in foster & rescue, get it. Some don't. A few snarky comments have been thrown at us. We're okay with that.

In the months ahead, we'll be expanding our reach. A lot of great opportunities have been presented to us. For starters, we're going to have a table at the All Friends Animal Hospital pet fair as well as Heritage Day in Eastford. We've also been offered a space at a local cafe & pastry shop to setup a display.

Our mission is to spread the biscuit love far and wide and that's exactly what we're going to do. Everyone in our growing community is involved and every effort is an integral part of the end result...the greater good. Let's keep this going! 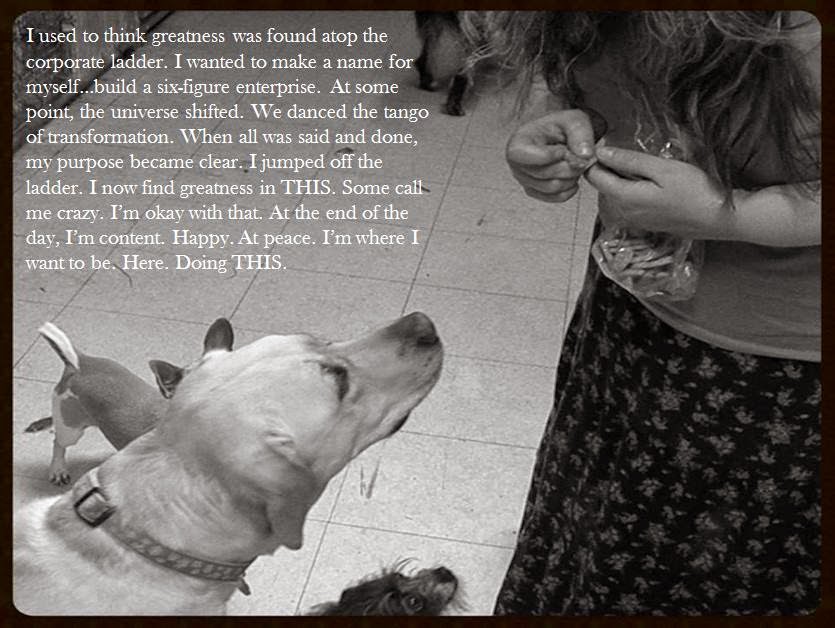