The Bodacious Easter Basket Week Was A Success 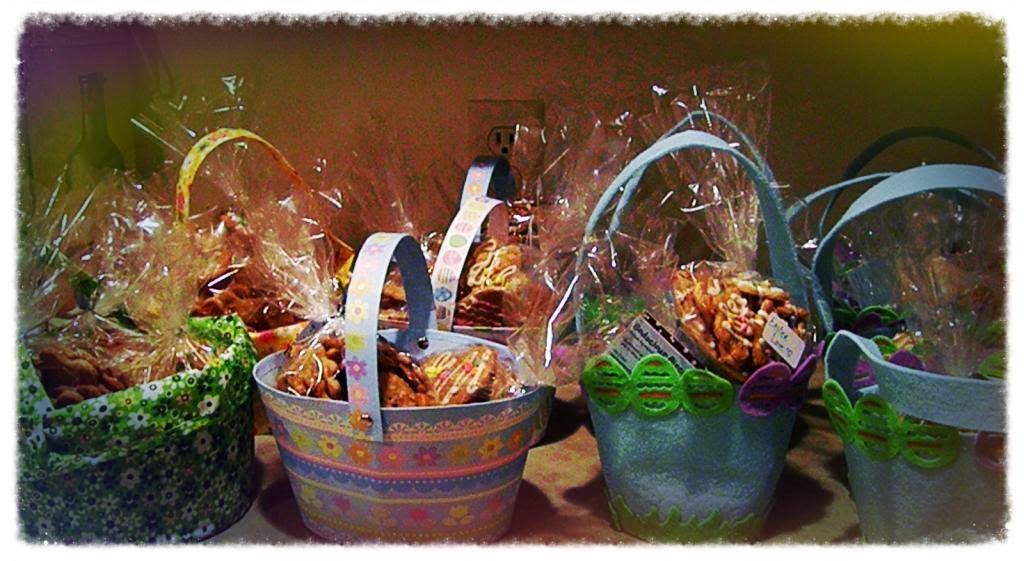 Today we're exhaling. Thursday's Bodacious Easter Basket delivery took us over 8 hours and every minute spent preparing, baking, swizzling, packaging, putting the baskets together and delivering was worth it. Originally, we dedicated April 17th as the official delivery day. As the weeks prior dwindled down, it became apparent we'd have to make a few deliveries throughout the week. And...we did. Each day we delivered a basket or two, Thursday was the big day and Friday we had an Easter basket pickup. 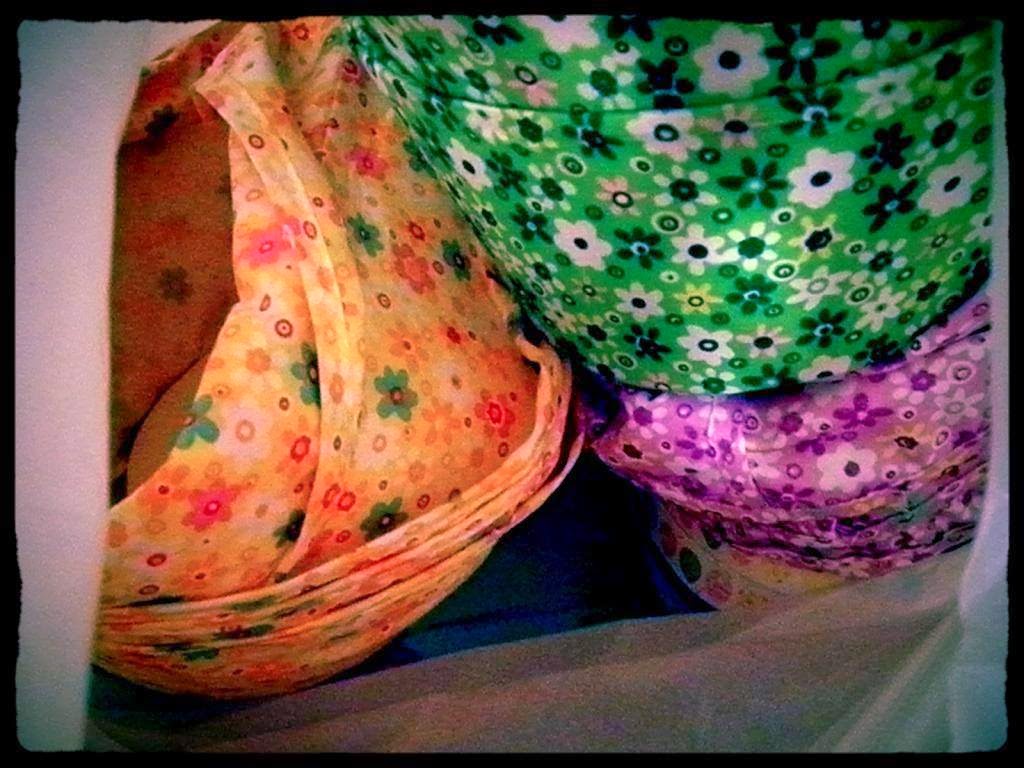 Planning the Bodacious Easter Basket run took several weeks. We had to reach out to various shelters, foster/rescue homes and let 'em know they were on the list to receive a basket. Then, we had to figure out approximately how many baskets we were filling up. Our math skills were put to the test as we calculated the amount of biscuits we needed to bake in order to fill all the bags. Plus, we had orders to ship. From there we purchased baskets, ingredients and supplies. 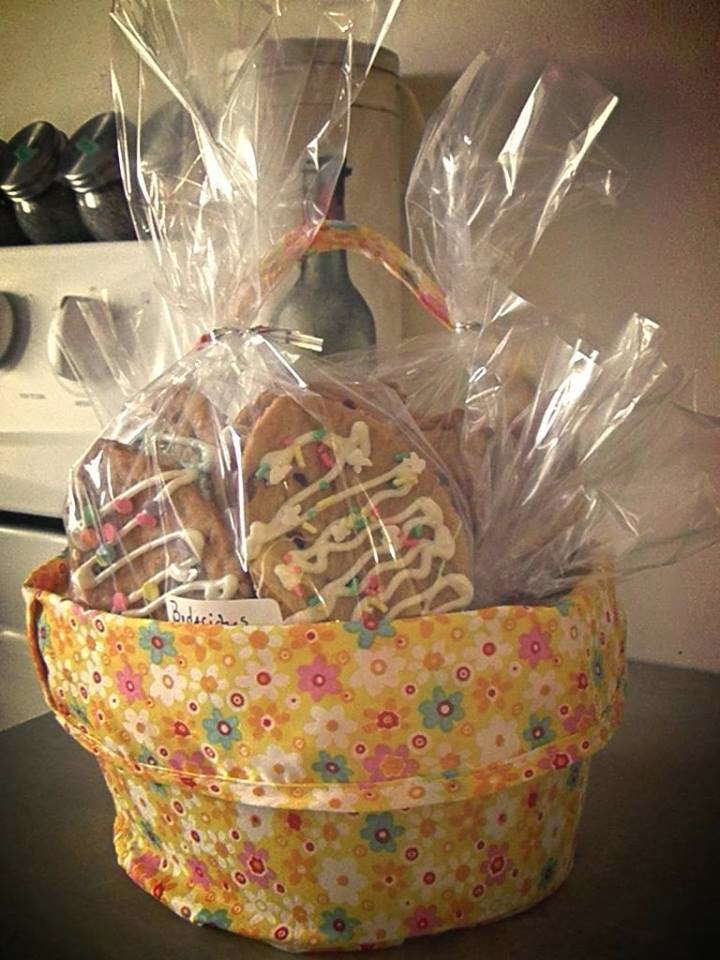 The week prior, we had everything planned, organized, calculated and purchased. The last thing to nail down were deliveries. The list of recipients was lengthy. Squeezing all the deliveries in a single day was not an option. In addition, we wanted to accommodate everyone's schedule as well as ours and have time to visit the recipients. In short, the bake fest started Friday, April 11th and our first Easter basket was delivered that Saturday. 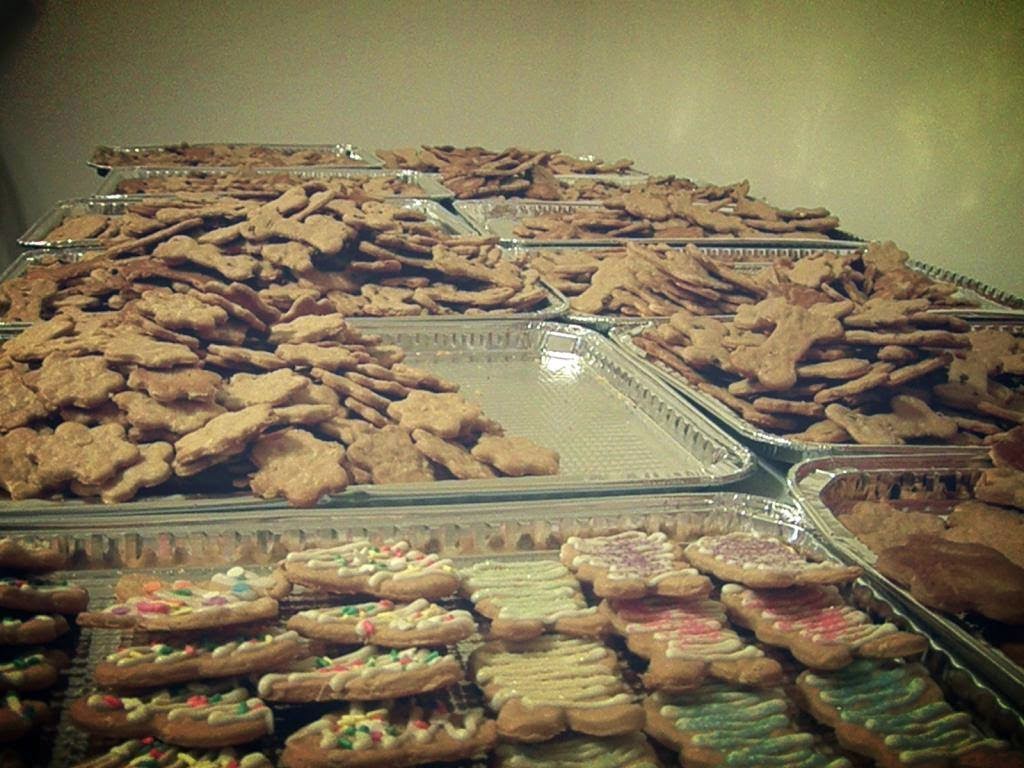 This load o' biscuits was round one. We lost count how many biscuits we baked. It was nonstop. Once the trays were filled, we wrote out the labels, packaged up the biscuits and started filling baskets in order of delivery dates. Then, round two, three, four... 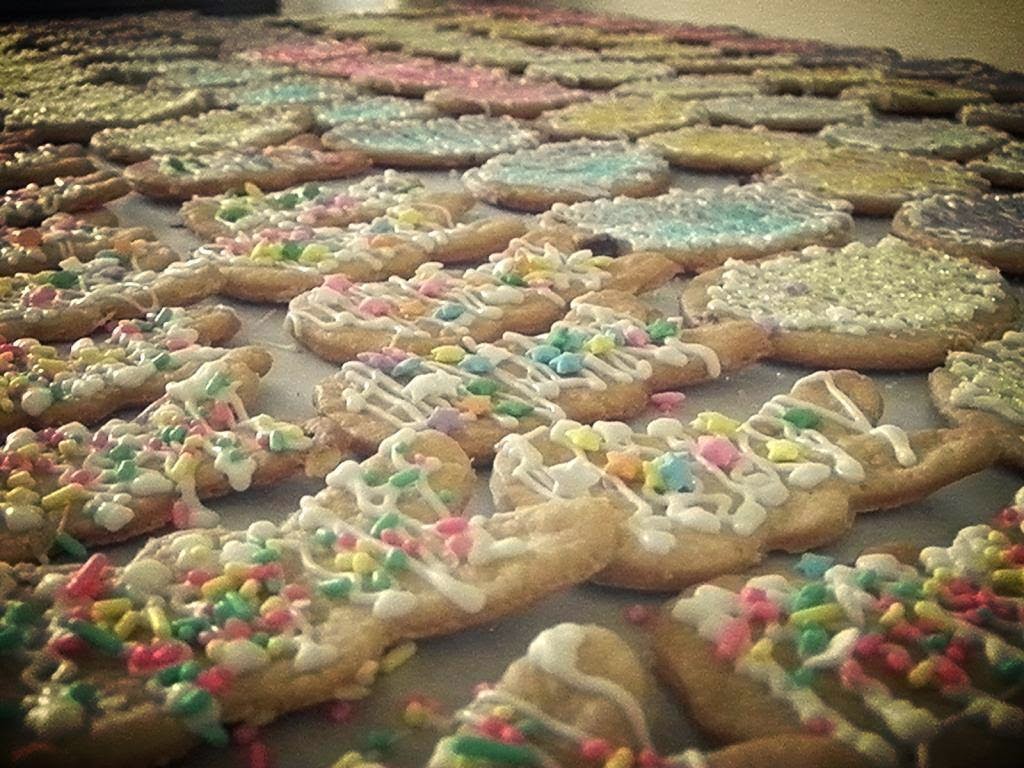 In addition to our regular flavors, we also included some seasonal spring shapes. These treats were given some swizzle love and topped with festive sprinkles. Every inch of our counters were covered. In total, we decorated over 500 biscuits. 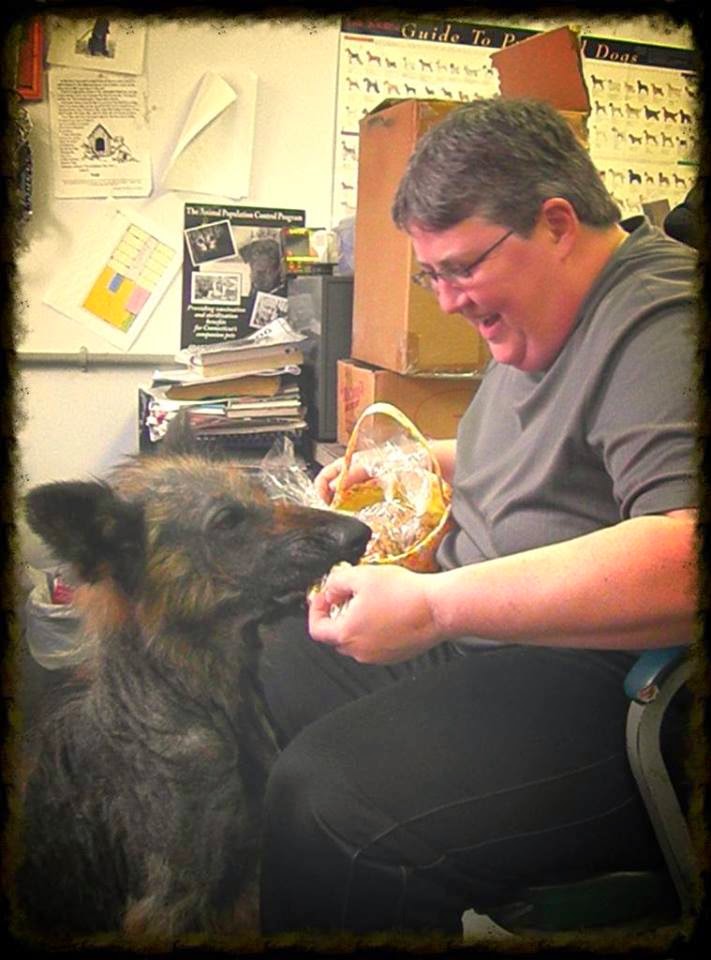 As exhausting as it was, this week was a turning point for us. It happened gradually throughout the week. With each shelter and foster/rescue home we visited, with each basket we handed out and having the opportunity to spend time with some rather amazing folks and pups...you don't end the week the same person you were at the beginning of the week. Regardless of how sleep deprived we were, not once did we think or say, "Maybe this wasn't such a good idea." Instead, we put our heads together and started planning for next year's Bodacious Easter Basket run and our frame of mind was, "Let's double the list next year." 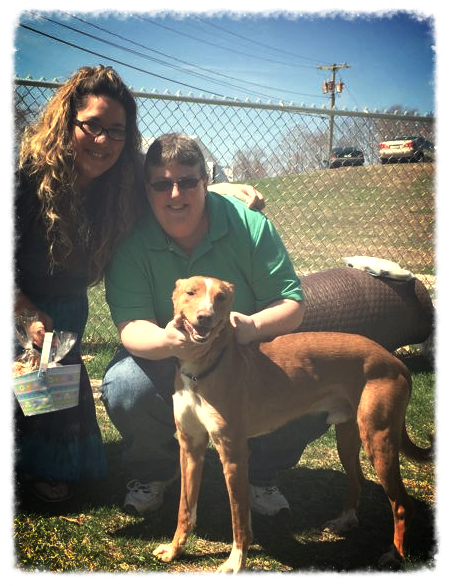 It's difficult to put our finger on it or exactly when that moment occurs...the one that lets you know, "Yes, you're on the right path. Keep going. Don't stop. This. Is. It." It just happens. We spend a great deal of time baking, packaging, shipping and dropping off biscuits. Often times we don't get to witness the tails wagging in anticipation for a biscuit or two or how a fresh made biscuit lifts their spirits. This past week, we did. Once you experience that...there's no going back.

The realization that there are thousands of shelter babies, fosters and rescues in need of some biscuit love hit like a ton of bricks. It motivated us to explore how we could make this happen. We've done a lot of brainstorming. We're making some changes in the months ahead in order for this to happen. We're determined. It will happen.

You can check out more photos of our April 17th Easter Basket Delivery right here.
Posted by Lisa and Lisa at 12:22 AM